Reminding Loved Ones That Life is Precious:  Suicide Prevention Resources

Suicide is a very serious issue that can also have serious effects on individuals, their families, and the community. While the causes of suicide are complex and multiple factors may be in play, prevention is the final goal. Simply reducing the factors that increase risk and realizing that the issue can encompass all aspects of a person's life is a start. Prevention should ideally address all areas of influence. To be effective, prevention should promote awareness and encourage social change.

There are approximately one million people that die from suicide each year globally. That's one death almost every forty seconds. These figures do not include attempted suicide, which is twenty times more frequent. As times get more difficult in the world, there is concern these numbers could rise. One of the top leading causes of death is suicide. While figures vary for different areas of the world, the overall age groups most at risk are those aged 10 to 44.

Male suicide rates have traditionally been highest, but recently the rate among youths has increased exponentially. This increase now puts this group at the highest rate in one third of developed and developing countries. Europeans and those living in North America are at major risk due to mental disorders, while impulsiveness is the risk factor in Asian countries. There are social, psychological, cultural, biological and even environmental factors at play; it is a complex issue.

There are signs to look for that could reveal someone at risk. Pay extra attention if someone's behavior is new, if the behavior has increased, or if it appears to be related to loss, change or after a painful event. It may be prudent to seek the help of a mental health professional. For immediate care, there are local and international crisis contacts available in almost all countries and states. If you know someone exhibiting any of the following signs it may be time to intervene.

* Talking about death, wanting to die or kill themselves.

* Talking about not having a reason to be alive or an overall feeling of hopelessness.

* Talking about how he or she is a burden to those around them.

* Talking about having a feeling of being trapped or in pain.

* More frequent use of drugs and/or alcohol.

* Spending a lot of time sleeping or not sleeping enough.

* Feeling isolated or withdrawing from others.

* A sudden change or disregard for personal hygiene.

Pay even closer attention to these warning signs if the person is bipolar, an alcoholic, or has depression and a past history with attempted suicide. Sometimes one of the most dangerous signs is that of feeling hopeless. Hopelessness can strongly predict suicide. When a person feels there is no future and foresees nothing positive they may feel day-to-day life is unbearable. This feeling can be intensified if there is a family history of suicide, as it may seem that their loved ones also saw no reason to go on.

Someone feeling suicidal might not seek help, but it doesn't mean help isn't wanted. Most people in this situation don't really want to die; they just want the hurt to stop. Prevention begins by recognizing the signs and not ignoring them. If you believe someone in your life is considering suicide, don't be afraid to talk about it. Simply bringing up the subject could save the person's life and often prevention begins with the sensitive responses of a loved one. Give your family member or friend alternatives, show them you care, and get a medical professional involved. Your reassurance, understanding and support may help the person conquer their ideas of suicide. If he or she opens up to you with feelings of despair or suicidal thoughts, seek the help of a health professional immediately!

If you find yourself in such a situation, remain calm and be prepared to really listen if the person wants to talk. Be understanding and offer emotional support. This is not a time to be angry with the person or disregard what they are feeling. Talk directly about suicide, most people aren't sure about their feelings about dying or death and want help. Discuss alternatives and problem-solving ideas. Remember the person is not emotionally in a right place and their thinking may be clouded. Be encouraging, hopeful and confident that you can help to arrange whatever is needed to help.

If you have already lost a young person to suicide, memorials are not recommended. While it seems like the right thing to do, unlike an accidental death, a suicide can create issues for other youth in crisis. The problem is that an accident does not attract the attention or likelihood of another youth dying in the same way. A young person, who is struggling with thoughts of suicide, may see the death of another as a viable option. Research has shown that memorials can create this kind of thinking, especially if it seems that instead of being mourned, the person has been honored for what they have done. The following resources can help provide more information and assistance:

A page full of national suicide prevention organizations links as well as initiatives and resources.

Helpful links available for those in crisis now that need immediate help. Information for survivors of suicide who need emotional support services. There are also links for upcoming events and general information.

Includes a crisis hot-line phone number, resource pages on how to get help, and signs of a potential suicide attempt.

* Suicide Prevention Spotting the Signs and Helping a Suicidal Person

Find helpful articles for teens and adults on prevention. Also, includes common misconceptions about suicide and a related links section.

* What is Suicide & How to Intervene

Website includes information on why college students kill themselves, myths and facts, warning signs, and ways to help.

* Counseling Center at University of Illinois

Offers basic information on why people kill themselves, myths about suicide, how to help and where to find additional help.

Wisconsin Department of Public Instruction offers information on how to educate youth about suicide prevention.

This site is designed to provide information and tools to members of the Air Force community. Includes: suicide prevention training, videos and more.

The CDC offers helpful information to guide people through the signs and symptoms of suicide.

* Why do people take their own lives?

An introduction to suicide and suicide prevention with an article entitled "The Public Health Approach to Preventing Suicide."

Maine Youth Suicide Prevention Program's list of behaviors that may lead to suicide attempt or death.

This site offers information on the signs of suicide, how to help a friend, facts on suicide, and suicide and mental illness. Also includes pages for professionals, survivors, and help on how to stop suicide.

This site offers many resources including videos, articles, training, informative tools and much more.

List of risk and protective factors, warning signs, how to help those thinking about suicide, and national statistics on suicide.

* How to Answer Questions Teens Ask About Suicide

A Q&A on how to answer specific questions that a youth may have about different topics relating to suicide.

This is a free resource created by Life Insurance Quotes and it is permissible to share so long as original content is kept in tact. If you have questions please call or email. 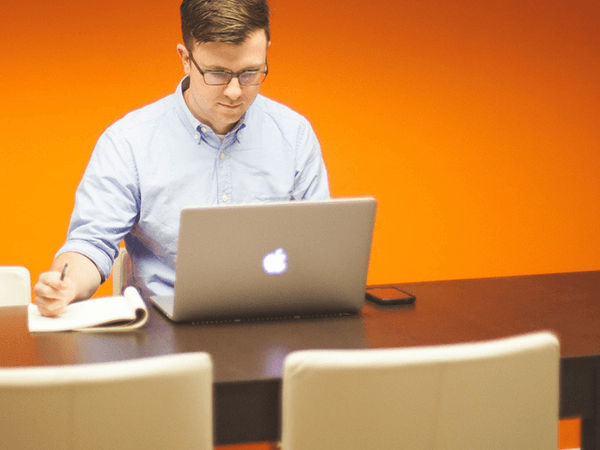 About Us
Our Team
Testimonials
News and Events
Contact Us

Plan Ahead
Pre-Arrangements Form
The Talk of a Lifetime

A year of daily grief support

Our support in your time of need does not end after the funeral services.  Enter your email below to receive a grief support message from us each day for a year.  You can unsubscribe at any time.