Share a memory
Obituary & Services
Guestbook
Read more about the life story of James "Jim" and share your memory.

Jim was born March 8, 1948, in Elmhurst, Illinois, to John James Gregory and Dorothy Maxine McMullin Gregory. He grew up and attended schools in Chicago, and graduated from Glenbard East High School.  After graduation from high school Jim enlisted in the United States Navy in 1968, serving on board submarines as a nuclear trained Electricians Mate. Mid-career he was commissioned as an Ensign and served as a Naval Reactors Technical Assistant at the Naval Reactors Facility in Idaho. He retired as a Lieutenant Commander in 1988.

After retiring from the Navy, Jim held several responsible positions at the Idaho National Laboratory. He served as the Safety Oversight Review Committee Chairman and the Radiological Controls Manager at the Advanced Test Reactor. At the Idaho Cleanup Project he chaired the Performance Evaluation Board and the Independent Safety Review Committee. Because of his extensive experience at nuclear facilities, Jim performed and lead numerous independent reviews at Department of Energy Nuclear facilities. Jim also taught many courses on leadership, communication, and teamwork throughout the United States.

Jim was very involved within the community. He served on special committees for the Mayor to help our city to be a better place to live for everyone. Jim volunteered for the American Youth Soccer Organization for 48 years. While serving there he was elected to the National Board of Directors. He became a national certified referee, he also trained and became a national certified coach. Jim served at the local level in Idaho Falls for Region 102 for over 20+ years. He served in all capacities in management, referee and coaching. At the time of his death he was the region’s treasurer and registrar. Jim had a love of the game. He also coached girls high school soccer at Hillcrest, Rigby, Idaho Falls, and Shelley High Schools. He often traveled to other states instructing referees for Ayso.

On November 21, 1970, he married the love of his life, Linda Marie Armstrong, in Idaho Falls, Idaho. Their marriage was solemnized April 29, 1975, in the Washington, DC, Temple. To this union were born three children, Jennifer, Jodie, and Elizabeth.

Jim was a member of The Church of Jesus Christ of Latter-day Saints and held the Melchizedek Priesthood.

With Jim, there are friends, there is family, and then there are friends that become family. He considered not only everyone to be his friend but a part of his family. He also enjoyed fast cars, trains, his dog Seiko and attending his grandchildren’s activities and accomplishments.

He was preceded in death by his loving wife, Linda Marie Armstrong Gregory; his father, John James Gregory, and his mother, Dorothy Maxine Gregory; and his in-laws that loved him dearly, Wilson E. Armstrong and Venice M. Armstrong.

Services will be held at 12:00 p.m. Wednesday, November 3, 2021, at the Idaho Falls Parkwood Ward, 395 2nd Street, with Mark Holzmer officiating. The family will visit with friends from 6:30 p.m. to 8:00 p.m. Tuesday at Wood Funeral Home, 273 North Ridge Avenue and Wednesday from 11 a.m. to 11:45 a.m. prior to the service. Burial will be in Fielding Memorial Park. Military Rites will be performed by the Bonneville County Veterans Memorial Team and the United States Navy. 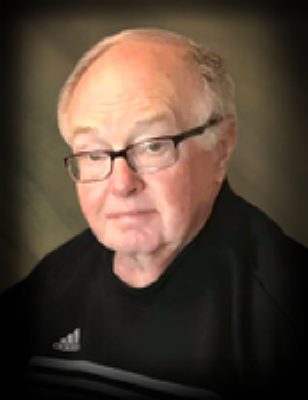