Share a memory
Obituary & Services
Guestbook
Read more about the life story of George and share your memory.

George was born to George Brooks and Margaret Jean. He grew up in Ketchum, Idaho. His mother divorced George Brooks, and she later married a widower, John “Jack” Evans. George had two new older brothers, Jackie and Bob, and one younger brother, Bill.

George was a talented athlete and played basketball in high school. He was an expert skier and worked on ski patrol at Sun Valley. His later love in life was running. He still holds several of the Steens Mountain Run records for the fastest in his age group. He raced in several marathons in Portland, Oregon, where he qualified for the Boston Marathon which was a huge achievement that he reveled in for the rest of his life. He later started competing in triathlons with his daughter, Cheri. George was always known as a competitive athlete, hard worker, and stayed busy.

In 1963, George graduated in Forestry from the University of Idaho. In 1977, he earned his Master’s Degree as a Range Conservationist from Utah State University. His job in the Forest Service took him to California, Idaho, Utah, and Oregon.

George married Beverly Joan in 1964, and they had five children together: Challie, Rick, Stuart, Cheri, and Jeff. In 1994, George retired from the Forest Service which gave him and Beverly the opportunity to move from Burns, Oregon, to Ogden, Utah, where George worked for his son, Rick, in roofing. George and Beverly divorced in 2000. For the last two decades, George worked for the Utah School for the Deaf and Blind until his retirement in September 2021.

George found much pleasure working in his yard and garden where he grew many wonderful fruits and vegetables. He also remained physically active with bicycling, swimming, and running.

In June of 2022, because of declining health, George went to live with his daughter, Cheri, in Idaho Falls, Idaho, where she devotedly took care of him until his death.

George was preceded in death by his parents; younger sister, Sharon; all three step-brothers; and grandson, Jaxson Weimer. 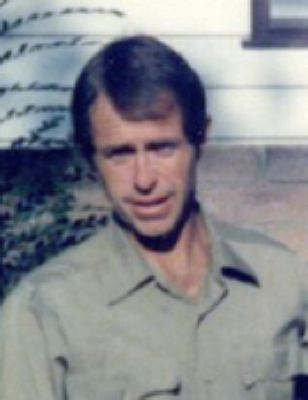