Share a memory
Obituary & Services
Guestbook
Read more about the life story of Bob and share your memory.

Bob was born September 6, 1938, in Salt Lake City, Utah, to Lee Shuler Nebeker and Melba Black Nebeker. He and his two older sisters, Roselyn and Ruthanne, grew up in Green River, Wyoming, where his dad owned a law practice and his mother taught school. He attended the University of Utah and graduated in 1964 with a Bachelor’s of Science Degree in Chemical Engineering.

Shortly after moving to Idaho Falls, he met and started courting a beautiful young woman. On November 18, 1966, he married Shirley Ann Hansen in the Idaho Falls Temple. They were blessed with seven children, Todd, Ryan, Douglas, Gregory, Holley, Marnie, and Jonathan.

After graduating from college, he had numerous job offers but decided to work at the INEL where he worked as a chemical engineer his entire career and retired after 35 years.  While working at the INEL he earned a Master of Nuclear Science Degree with a major in Chemical Engineering from the University of Idaho.  During these years, he served in the leadership roles as a secretary vice chairman, chairman, and director of the American Institute of Chemical Engineers (AIChE).

Bob was a member of The Church of Jesus Christ of Latter-day Saints. He served a two-and-a-half-year mission for the Church in southern Germany between 1959 and 1962. He offered many years of service to others through numerous callings. After retiring, he and Shirley served a mission in the Family History Center.

He was preceded in death by his two sisters, Roselyn Kirk and Ruthanne Spencer. 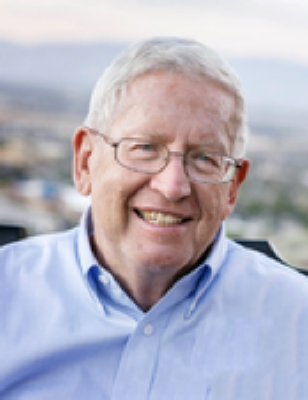